Today, we are thrilled to announce a major milestone for the Polk family – a one-time $20 million legacy gift that will be used to transform the gateway to Navy Pier and serve as a lasting testament to the Polk family contributions as successful entrepreneurs and philanthropists in the city we love.

To honor the work of the Polk brothers and sister that founded the Polk Bros chain of appliance stores and to introduce a new generation of Chicagoans to the legacy of the Polk Bros appliance chain, what mattered most to us was finding a strong organization with an ambitious vision, a solid future, and a public, accessible setting to engage all of Chicago’s economically, racially and culturally diverse residents, including Chicago public school students and their families. When the Navy Pier opportunity presented itself, it seemed like an excellent fit for what we were seeking.

As part of an major redevelopment project at the Pier, our gift will support three beautiful, highly interactive and programmable outdoor spaces at the “green front door” of the Pier, advancing arts and cultural programming and providing spectacular public spaces for Chicago families and visitors to enjoy for years to come. The 13-acre Gateway Park, which will be renamed Polk Bros Park, will include:

Polk Bros Performance Lawns showcasing a remarkable floating stage south of the Pier and a second stunning performance venue with Chicago’s dramatic skyline in the background. We think that it is especially important that Navy Pier plans implement an arts and culture plan that will engage Chicago’s arts organizations in creating programming designed to appeal to the city’s economically, racially and culturally diverse residents, including Chicago Public Schools students and their families.

Polk Bros Fountain and Plaza at the entry point of the Pier, a multipurpose space that will feature a dramatic, signature fountain in warm weather with more than 250 programmable jets that will mimic the movements of waves, schools of fish, flocks of birds and other magnificent scenes. In the winter months, the fountain will convert to an ice rink, encouraging year-round activity in the large outdoor space.

Polk Bros Promenade improving pedestrian connectivity to the Pier from the city through the Park, the scenic walkway will be enhanced and widened, with a welcome pavilion housing bicycle and skate rental facilities, as well as other amenities.

Navy Pier provides a tremendous public asset to the people and families of Chicago. Conceived as the “people’s pier” in Daniel Burnham’s 1909 Plan of Chicago, approximately 65 percent of its nine million annual visitors come from throughout the Chicagoland area. After reviewing many options, the family and the board agreed that this welcoming, accessible, living landmark, iconically Chicago, is the perfect location for the Polk family name and its history of business and civic contribution to live on.

Like Polk Bros, Navy Pier is uniquely Chicago – and these beautiful outdoor spaces by the lake will provide programs and family events that are accessible to all.

On behalf of the Polk family and the Foundation, thank you for your continued fellowship and partnership. 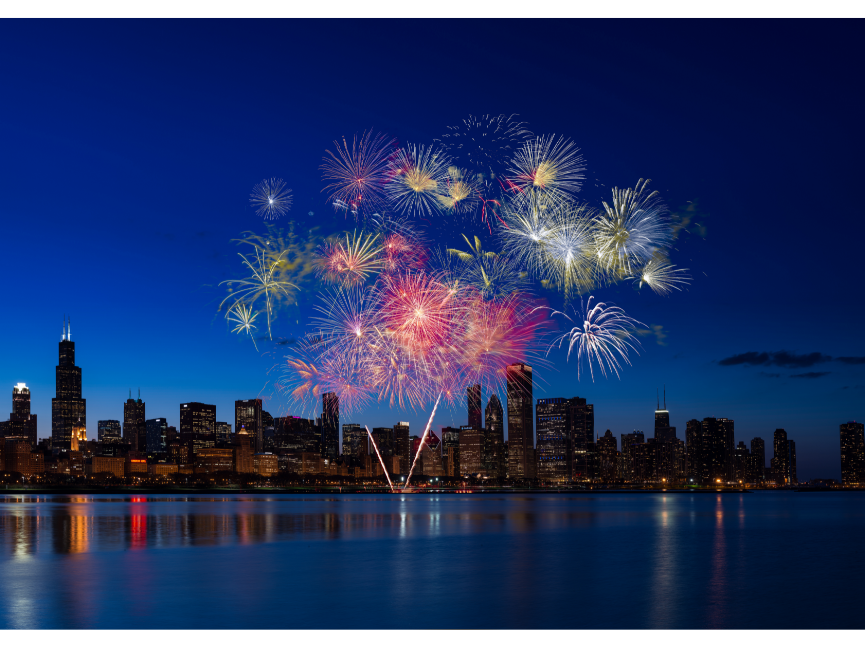