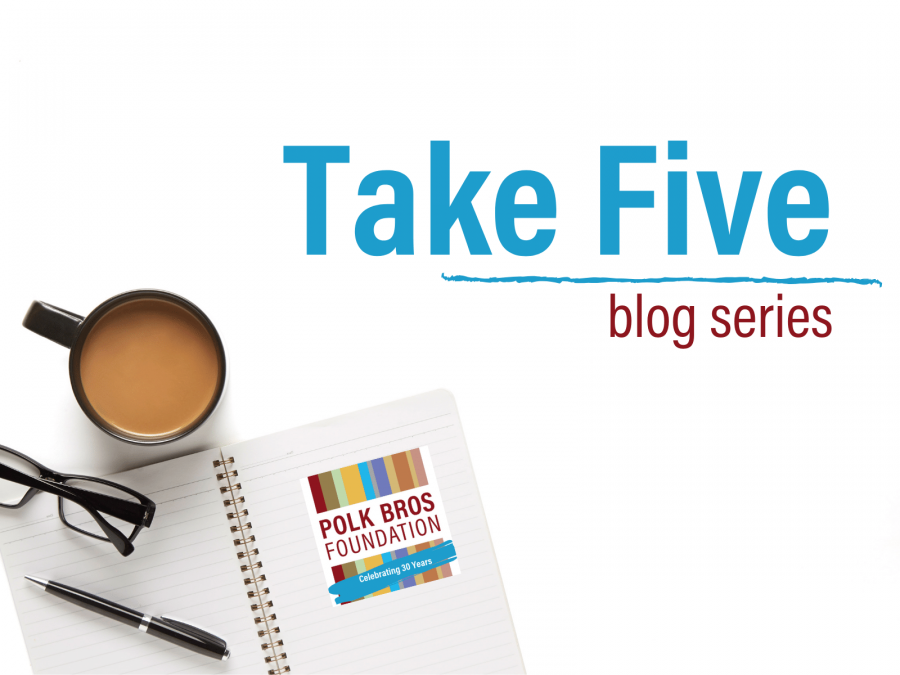 Take Five is an interview series that highlights Polk Bros. Foundation grantees who are taking impressive actions to overcome common challenges and who are making a difference for Chicagoans most affected by poverty and inequity. We believe these insights are critical for Chicago’s future. At Polk Bros. Foundation, we believe local economic vitality depends not only on individuals’ ability to access good jobs, housing and services but also on a thriving mix of local businesses, asset and wealth creation, and community engagement that stimulate job creation and financial stability. That’s why community and economic development plays a central role in our Strong Communities focus area.

We have been committed to Chicago Community Loan Fund’s community and economic development work since our first grant to the organization in 1994. And we remain consistently impressed with their ability to bring equity and change to Chicago by prioritizing housing and commercial investment in our city’s chronically disinvested communities. We’re grateful Calvin has agreed to share his insights in this post.

1. How is Chicago Community Loan Fund helping to make Chicago a place where all people can reach their full potential? 2. Can you share an anecdote about how your organization is making a difference in Chicago?

Calvin: Former President Barack Obama introduced the first group of his foundation’s fellows at the Stony Island Arts Bank in Chicago’s South Shore neighborhood. The Arts Bank was vacant for 30 years before CCLF stepped up and offered to finance the vision of Theaster Gates to create a cultural arts anchor on a desolate strip along Stony Island Avenue surrounded by vacant city lots filled with broken glass and debris. Today, it is a thriving hub for free arts programming, a community events space which employs local residents and has sparked new investment along Stony Island.

3. What obstacles are in your way as you work to achieve your mission, and how are you approaching them?

Calvin: When you work on revitalization of the neighborhood, you have to address a number of issues all together that keep people from investing in areas where there is crime, poverty, poor performing schools and lack of healthy foods or community services.

Chicago has lost population in African American neighborhoods. To turn this around, CCLF cannot just offer loans, but has to work with local residents and community stakeholders to address neighborhood safety and the need for jobs among other community concerns while working to create affordable housing and establishing access to commercial retail goods and social services programs.

CCLF has learned how to become a community “co-quarterback” connecting our financing with city resources and local development plans that will comprehensively strengthen our most challenged communities and, in turn, strengthen the entire Chicago metropolitan region.

4. What have you seen recently that surprised you, inspired you or has you most concerned about the future of Chicago? Why?

Calvin: I recently had the good fortune to reflect on my leadership of the organization and restore my optimism and sense of determination that inequity in Chicagoland is solvable.

I find myself with renewed energy to combat generations of disinvestment by what I observed in visiting and traveling through 15 countries across Africa. There, I witnessed an enormous entrepreneurial spirit; a driving work ethic; a sense of shared uplift; and a renewed commitment to improving democratic processes and institutions is reshaping African economies, building a growing middle class and improving and expanding infrastructure. A number of countries are also focused on expanding education and public health.

All is not perfect and there remain many challenges across the continent. Yet, my inspiration is that if places and people that have had so few resources can make such great strides in real time, so can underinvested people and places in very rich America and in Chicagoland.

5. What question do you wish you’d been asked, and how would you respond?

Calvin: A question I wish I’d been asked is, “How has continued funding from Polk Bros. Foundation helped CCLF reach people in poverty and improve their quality of life?”

Polk Bros. Foundation has been providing steady funding to CCLF since 1994 with grants totaling over $2 million through 2018. This has allowed CCLF to leverage these funds to secure matching funds dollar for dollar from the CDFI Fund, and to secure grants from other foundations and corporations growing CCLF’s assets and capacity to serve more individuals and families in poverty.

In the last five years alone, CCLF’s assets grew from $44 million to $100 million. In 2018, CCLF has reached 5,287 low-income individuals with 87% being African American or Hispanic and 85% being extremely low- to low-income and 9% being moderate-income. All of them benefited from access to affordable housing, goods and services in their local neighborhood and jobs as a result of Polk Bros. Foundation’s support of CCLF. With the Foundation’s funding support, CCLF has provided $210 million in financing resulting in over 9,000 housing units and creation of 5,622 jobs.

Explore our focus on Strong Communities 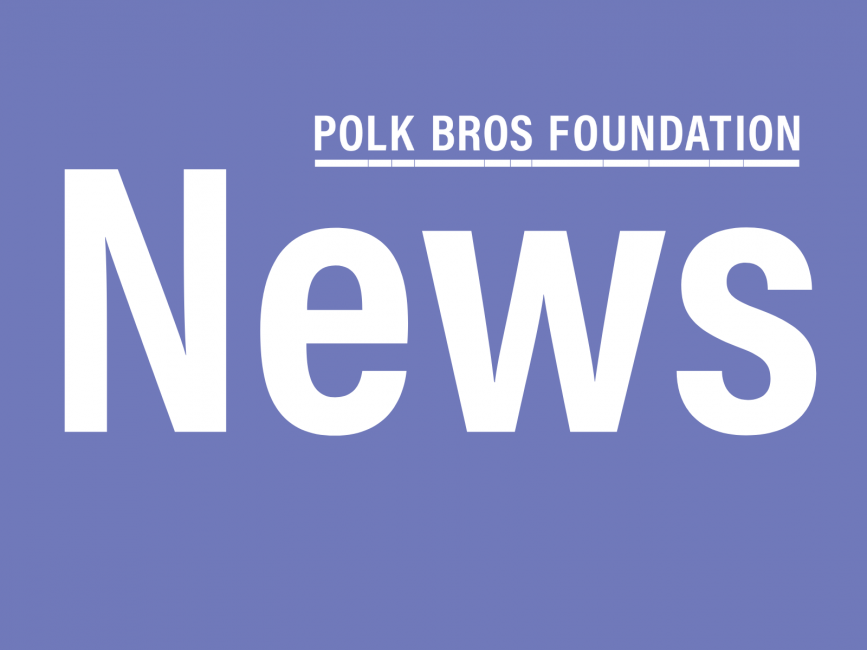